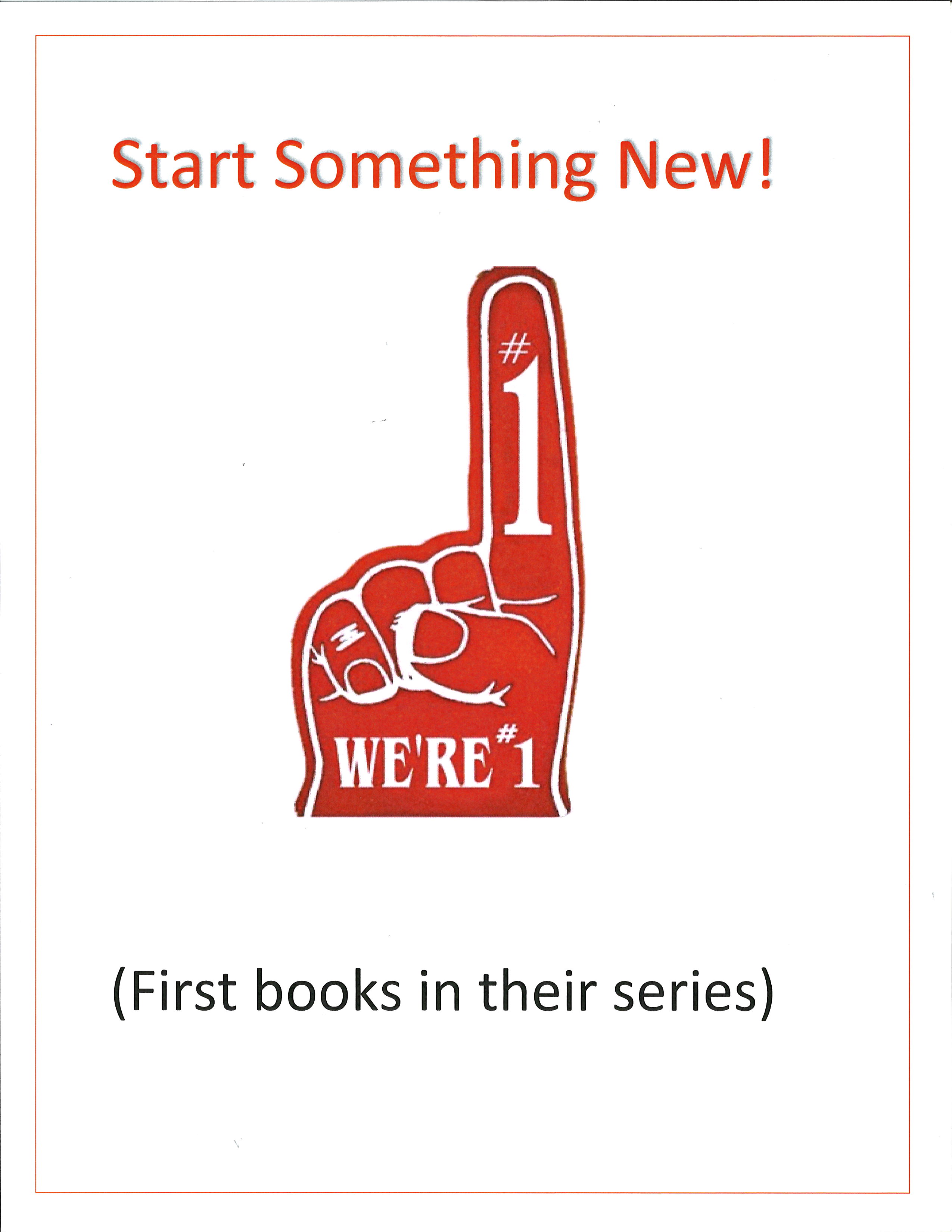 In March CAPL is featuring series books. If you are looking for a good read, you might consider starting a series.  We have the first book of many popular series on display in the library.

The Magician’s Nephew by C.S. Lewis

“You are about to enter one of the most wonderful places in all of literature: C.S. Lewis' land of Narnia. This is the book that C.S. Lewis intended to be the first in his landmark series, The Chronicles of Narnia. Here we are introduced to Polly and Digory, who are tricked by Digory's uncle Andrew into becoming part of an experiment that transports them into the adventure of a lifetime. After being hurled into the Wood Between the Worlds, the children encounter the evil queen Jadis, who accidently accompanies the children back to England and wreaks havoc on the streets of London. When Polly and Digory finally take the queen away from London, they find themselves lost in a place that will soon be known as Narnia. In this unforgettable story, C.S. Lewis shows us how the adventure began -- the glorious birth of the land of Narnia at the hand of its mysterious King.”

“A broken man. A twist of fate. A second chance. The #1 New York Times bestselling author of The Mistletoe Promise and The Walk begins a riveting new trilogy that explores the tantalizing question: What if you could start over?

Chicago celebrity Charles James can't shake the nightmare that wakes him each night. He sees himself walking down a long, broken highway lined in flames. Where is he going? Why is he walking? What is the wailing he hears around him?

By day, he wonders why he's so haunted and unhappy when he has all he ever wanted - fame, fans, and fortune and the lavish lifestyle it affords him. Coming from a childhood of poverty and pain, this is what he's dreamed of. But now, at the pinnacle of his career, he's started to wonder if he's wanted the wrong things. His wealth has come legally, but questionably, from the power of his personality, seducing people out of their hard-earned money. When he learns that one of his customers has committed suicide because of financial ruin, Charles is shaken. The cracks in his facade start to break down, spurring him to question everything: his choices, his relationships, his future, and the type of man he's become.

Then a twist of fate changes everything. Charles is granted something very remarkable: a second chance. The question is: what will he do with it?

The Broken Road is an engrossing, contemplative story of redemption and grace and the power of second chances. It is an epic journey you won't soon forget.”

“Will pride and prejudice keep the Blank sisters from finding love?

With five daughters and no sons, Daed and Maem Blank are anxious to find their girls suitors who might eventually take over their family farm. When news arrives that Charles Beachey, the son of a prominent Amish farmer, will be returning from Ohio with his cousin Frederick, they are hopeful that the young men might be good matches for their daughters.

The oldest daughter, Jane, starts courting Charles, a well-mannered and very respectful young man, but her younger sister Lizzie is not interested in either courtship or Frederick. In fact, she wants nothing to do with him, finding him full of pride and disdain for her family's way of life. But in a community and culture where pride is scorned, Lizzie must learn that first impressions can be dangerous and people are not always who they seem to be.

This Amish retelling of the popular Jane Austen classic Pride and Prejudice is a beautiful take on the power of love to overcome class boundaries and prejudices that will win your heart.”

To All the Boys I’ve Loved Before by Jenny Han

“Lara Jean's love life goes from imaginary to out of control in this heartfelt novel from the New York Times bestselling author of The Summer I Turned Pretty series.

What if all the crushes you ever had found out how you felt about them...all at once?

Lara Jean Song keeps her love letters in a hatbox her mother gave her. They aren't love letters that anyone else wrote for her; these are ones she's written. One for every boy she's ever loved - five in all. When she writes, she pours out her heart and soul and says all the things she would never say in real life, because her letters are for her eyes only. Until the day her secret letters are mailed, and suddenly, Lara Jean's love life goes from imaginary to out of control.”

The Gunslinger – The Dark Tower I by Stephen King

“Filled with ominous landscapes and macabre menace, Stephen King's mass market novel features The Gunslinger, a haunting figure in combat with The Man in Black in an epic battle of good versus evil. A spellbinding tale that is both grippingly realistic and eerily dreamlike.”

The Magicians by Lev Grossman

“Quentin Coldwater's life is changed forever by an apparently chance encounter: when he turns up for his entrance interview to Princeton he finds his interviewer dead - but a strange envelope bearing his name leads him down a very different path.”